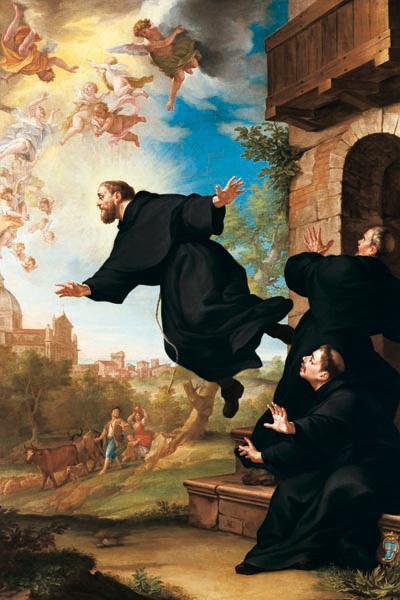 We are resting now, but soon we will spring into action and finish the job we started so long ago. We will succeed. There is no doubt about our abilities in this area, and only the stupid and cautious might doubt our inevitable victory. After all, we were born to win!

True, our adversaries are numerous, but they all share one common trait. They are rational. We, on the other hand, allow our plans to boil up from a pot that contains a little of this, a little of that, and a whole lot of God-know-what. They cannot decipher our plan because we haven’t got one. But we will never give up. Until that moment when we have vanquished all our foes, we will never stop longer than a few moments to catch our breath.

We are not fully human. A strange mix of reptile, mammal and bird we enjoy intellectual and physical superiority to most humans. You could learn a lot from us, but you lack the humility to do so. You’d have to ask. We’re not going to offer and then watch you freak out and embrace the nuclear option.

Those 1950’s science fiction movies weren’t exaggerating. When it doubt, our army shoots first and asks question later. If the aliens don’t destroy our world, it’s because they pity us. They certainly have no reason to fear us. If they feel any negative emotion regarding us, it’s contempt.

I know what it’s like to swallow a lizard just before I retire at night, and I know what it feels like to cough up that same lizard the next morning. It’s part of what my people have always done.

We have a saying “a lizard at night helps you sleep tight.” The lizard remains alive during the night, and is still alive the next morning. Our bodies have adapted to this sort of thing, and we are proud to claim this heritage. Darwin noted that the Patagonians he met on his voyage could stand in freezing seawater for hours because they had evolved so few blood vessels in their lower legs. Even now, the inhabitants of Earth display remarkable diversity.

I have only one memory of my parents. Two glowing spheres of light floating above a dewy lawn at night. I could not see any features within the spheres, but I could hear their voices. They were kind, intelligent, and seemed to love me a lot.

I knew I was different from the other children at the orphanage. For one, I could see through walls with no difficulty. When I listened to the calls and songs of birds, I could decipher their conversation. Both these gifts disappeared by the time I reached puberty. When I was finally adopted, at the age of fourteen, I more or less resembled a normal American teen, except for my ability to speak five languages. Though there are multi-lingual teens in other countries, they are rare in America, so I kept my linguistic ability a secret. I wanted to fit in.

So I let a lot of things sit on the back burner for a decade or so. My ability to sing polyphony, generating five harmonic tones at the same time, my ability to hold my breath underwater for fifteen minutes at a time…these would have only separated me from my peers. Instead, I read a book “How to Be Popular” and memorized its twenty-three rules for popularity. I even learned the employed the teen jargon of the day. Boys were “daddy-o” while girls were “babe.” I professed to hate “squares” and strove to appear “hip.”

When I was awarded a full scholarship at Princeton, even I was surprised. Little did I know the institution was full of racist dummies who had simply been born into wealthy families. As far as I knew, I was the only orphan in the student body. When I graduated at the top of my class, I wasn’t surprised, but others were. I received my doctorate in Astrophysics from Harvard at the age of 22, not a world record, but not a common occurrence, either.

Oddly enough, I was never very good at math. The right answers simply came to me, but I could never explain how that came about. Just a hunch. My oral exam with my thesis advisors left them mystified, but my performance on the written exam more than compensated for my mysterious “hunches.”

Eventually, I met a woman as intelligent as I, and we quickly married. Maybe we realize such pairings were relatively rare. Evgenia was Russian, and since I am fluent in that language I assumed we would communicate easily that way, but she refused to speak Russian, instead preferring to speak French in a high-pitched, artificial tone that sounded like a bird cooing. It is an affectation I have heard from high-class women from St. Petersburg and Paris. When she spoke English, she affected a southern drawl, as if she were auditioning for the role of Blanche in Streetcar Named Desire.

Evgenia was probably the only real vampire I have ever known. I didn’t find that out for the first few years of our marriage. But one morning I noticed she had dried blood coming from the corners of her mouth. I asked her if she’d bitten her tongue while asleep. Her eyes turned red and she laughed scornfully. “No, my puppy, while you slept I have been feeding. It is my nature.”

For all our differences, life with Evgenia was actually quite tranquil. We never argued. I was too afraid of her to cross her, and besides, I knew that I would never be able to persuade her to change one of her beliefs. What’s the point in argument if there’s no hope in either party changing his or her point of view? The longer I live and the more I knew, the less sure I am of my opinion on a wide variety of matters. Unlike many, I simply have no need to be right.

This trait favors my chosen profession, finding a shortcut to interplanetary travel. The public and even the scientific community are bored with the immense scope of outer space. Who cares how many light years separate one galaxy from another. The nearest black hole is still unimaginably distant. Most hopes of travel over vast distances are betting that some sort of intense gravitational warp will permit faster-than-light travel.

But what if it’s simpler than that? What if feelings or emotions or intense daydreaming could accomplish what merely physical principles can’t? What is sighing or moping or pleading the powers unknown could take one to the other side of the universe? There is anecdotal evidence that points in that direction. Is it all simply folly?

In Idylls of the King by Tennyson, King Arthur assures Sir Bedevere “More things are wrought by prayer than this world dreams of.”

I have found that waiting in eager anticipation is almost always a setup for crushing disappointment. The only attitude that avoids this is total acceptance of the present moment. The girl that you were hoping would delight you, the check that was promised to be already in the mail, the reward or award that has your name on it…these are expectations that cannot help but lead to disillusionment. The world is simply too complicated for you or anyone else to predict. Beware of the long shot, the risky bet. Even if it doesn’t result in total calamity, you will eventually shed bitter tears. It won’t be what you hoped it would be.

I’m not miffed because my plans aren’t unfolding. No longer do I pretend to be in charge of much, nor am I certain my plans would be better than other possible outcomes. I find it insufferable how long it takes for what is destined to show itself. I hate waiting. I am eager to be pleasantly surprised by how things turn out without my control nor direction, but I want the show to start already! What are we waiting for?