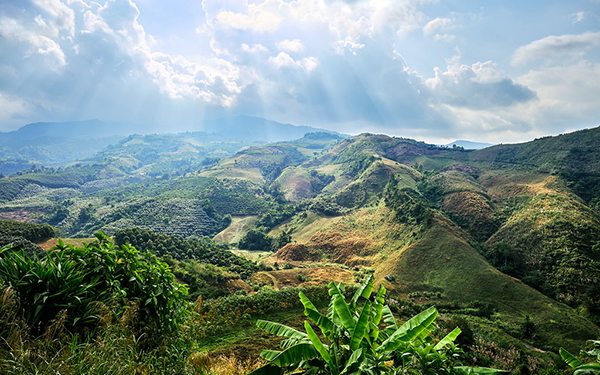 If there were ever a time to take action, it’s now. The time for normal score-keeping has elapsed, and we are now into Sudden Death Playoff. The next team to score wins the game. This may happen very soon, or after a while, but it will happen. The game will end.

If you’re a baby boomer who has always wanted to try something completely different once you’ve retired, then you have a limited amount of time to make that choice. Not choosing is a choice.

I’m not talking about going on vacation, but rather about relocating. Moving somewhere far away from your comfort zone in order to experience much more of the world before you die. You are going to die, right? I’m not suggesting you dwell on that fact, but being in denial about it isn’t going to get you where you want to go either.

Indeed, unless one is already content where one is, how does one choose and then get where one wants to go?

Through trial and error.

Chances are it will take some time and money, but that will be time and money well spent in the long run if you find someplace truly exceptional. Wouldn’t it be great to find a spot where you’d be glad to spend the rest of your days? More expensive than anything is wandering aimlessly, vaguely discontented and convinced there’s somewhere better just around the next bend in the road. Sure no place is perfect, but only you can determine what you want. A few years back I tried internet dating. I described myself as someone who enjoyed travel. I kept meeting women whose idea of travel meant taking cruises. I thought to myself, that would be absolute hell for me, everything I don’t like distilled, concentrated and pre-packaged.

So only your idea of fun will apply to you. That’s why you can’t easily and readily search it out without actually going places and finding what you don’t like. After one of my many trips to Nicaragua, I was back in the states playing Scrabble with friends, and telling stories about Central America, when a woman we were playing with asked me in all sincerity, “where do you go to the bathroom down there?” At first I thought she was joking, but then I realized from my descriptions of Nicaragua, it sounded like a place she wouldn’t be able to relax and go to the bathroom.

By the time I was in my mid-fifties, I realized that this was probably as good as it was going to be “career-wise.” I wasn’t ever going to be “discovered.” My hidden genius would never be revealed. Whatever good fortune had already come my way was maybe all I was due. OK, I could handle that. Now what?

So I started asking myself questions. If this wasn’t what I wanted, what did I want? If Iowa wasn’t where I wanted to end my days, where would I rather be?

I began by letting Internet travel sites show me cheap fares to exotic places. The first ticket I bought was to Nicaragua.

The flight from Des Moines to Managua was highly affordable and mercifully short. Compared to the flights I would end up taking to Asia, flying straight south four thousand miles from the Midwest was a walk in the park. I had traveled enough to realize that the capital cities which house airports are never the place you want to be, so I took a cab to the small city nearest city to the airport. This strategy has served me many time in many places.

I liked Nicaragua a lot. Affordable and interesting, not the least bit ruined by tourism, I found the people to be sweet-natured. Apart from Managua, it was safe, and although the developed areas were nothing to write home about, the natural beauty was often astounding, I ended up going there twelve more times before I was introduced to Thailand.

Thailand and Nicaragua have a lot in common, climate and vegetation-wise. They’re the kind of places where banana trees grow likes weeds in vacant lots. There are, of course, big differences. Nicaragua has volcanoes. Thailand has Thai massage. Nicaraguans eat red beans and rice, Thais eat the most amazing variety of foods I’ve ever sampled.

So I chose Thailand, where I live now. In the interim, I lived for a while in Uruguay, Paraguay, and Argentina. I like those places, too. I also visited Mexico, Peru and Ecuador, which I concluded were nice places to visit, but the place I chose to call home was and is Thailand.

It’s not perfect, and I have no intention of persuading anyone to move here. The main reason I’m here is because it’s much much much much more affordable than the United States, and that’s important to me. It might not be important to you. But there is probably someplace on this planet that trips your triggers, and unless you’re already there, it’s time to get shaking.

Places I could also dig living: the West Coast of Ireland, Bergen, Norway, the mountains of southern Chile and Argentina, Colombia, New Zealand, Tasmania, St. Petersburg, Russia but I’d have to do some serious planning to move there and since I’m not that motivated, I’ll probably just look at pictures. It’s amazing how many people with great cameras have recently visited these places. The Boomers are everywhere, snapping away with their top of the line Sony mirror-less cameras. Google images has it all, millions and millions of high-resolution, color photos. For free.

They’re the people who never prospered enough to get a real retirement account. Many of us are artists. Some of us got MFA degrees (Master of Fine Arts) which we knew at the time would not entitle us to tenure-track teaching jobs, but we didn’t care, because we thought we were going to “make it” as artists.

Few artists “make it,” at least financially. We are the MFA Boat People who have cast our fate to the winds and emigrated to foreign shores hoping for comfort mixed with adventure. We don’t want to be on Food Stamps back in the States.

Most of we MFA Boat People are working on a novel. All of us are writing blogs. Every person who has exiled himself from his home country seems to be writing a travel blog. I’m not sure if anyone is reading these blogs, but they’re being written. Google’s WordPress seems to host most of them. There’s no pressure to make money, because it’s free.

I am writing five different blogs, but for three of them I pay eighteen dollars a year so that I can own the domain. Those are geezersabroad.com, retirecheaply.com and dancoffeypost.com

I keep waiting for someone to contact me and offer me thousands of dollars for one of my web domains, but the longer I write these blogs, the less likely that is to happen. I attempt to drive traffic to the sites by linking to my Facebook account, but no matter how hard I flog my poor Facebook Friends, readership never soars above fifty souls. Google will not be sending me big money to put ads on my blogs.

But I write anyway. What else am I going to do?