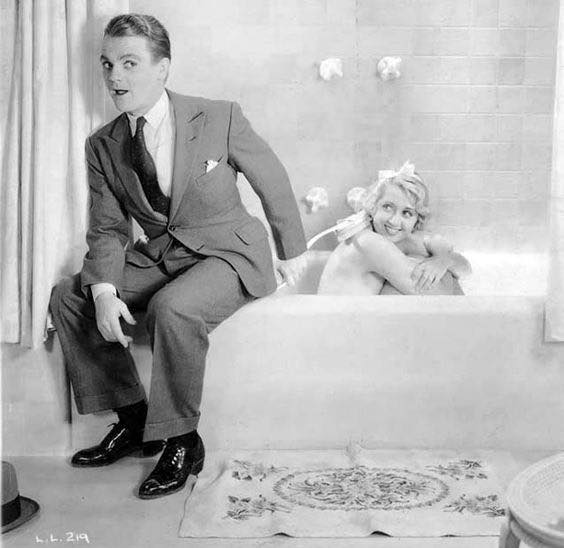 First of all, I’m not guilty. Totally innocent. I wasn’t even in the same city when she died. From what I hear, she had lots of enemies. So why pick on me?

I barely knew her. Sure we had sex a few times, but that sort of thing means nothing nowadays. I’m not sure she even knew my name. She kept calling me “big guy,” but I think that was just to cover the fact that she couldn’t remember by name.

She was a troubled person. I never saw her when she wasn’t high on something. Those times we had sex I met her at a bar. I got the impression she was a regular customer. She seemed to have a thing for the bartender. Have you talked to him?

You’ve got video? Me leaving her house and throwing the murder weapon into a garbage can? You retrieved the weapon. My prints are on it. Hmm. OK, well that’s different. That’s a whole lot different. Can I talk to a lawyer?

I know what my lawyer will advise. Don’t say anything. So I’m not going to say any more, OK? No, nothing. Not a word. You’re not my friend. We’re not all friends here. You want to pin this crime on me, and nothing you can say or do will make me forget that’s your intention.

It’s hard not to say anything while we’re waiting for a lawyer. I’ll tell you about my life. If you don’t want to listen you can go do something else. You’re free to come and go. Me, I’m stuck here, right?

OK, my problems really began when my father died and Mom starting hooking. She brought different men home every night. They were all my “uncles.” One night, one of my uncles woke up out of a blackout and found me asleep on the couch. He picked me up and threw me out the window. Fortunately, it was summer and the window was open. We didn’t have much in the way of screens. I woke up on the lawn.

Then I tried working for a living, but even I could see there wasn’t going to be much of a future in that. So when I met a kid who showed me how easy it was to buy and sell pot, I followed in his footsteps. Pretty soon, I had enough money to move out and find my own place. Then I got a motorcycle. Then a car. Then a girlfriend who got pregnant right away. By the time I was nineteen, I was a father.

Then we started having money problems, and I discovered you could buy a few days of illusory affluence by writing bad checks. Sure, the piper would demand to be paid in a few days, but that was an eternity for someone who had as little emotional maturity and ability to think long-term as I. The first couple of times I bounced checks I got off by paying fines, but the third time I got to spend a week in jail. You would have thought that would have taught me a lesson, but it just got me to discover credit cards.

I escaped jail this time by claiming that medical bills for the baby caused me to take those cash advances. Another friend of mine ran a chop shop where stolen cars and motorcycles were turned into parts and then sold to repair shops at a sharp discount. Those shops often billed their customers for new parts. So everybody was in on it, to some degree. At least that’s what I told myself in order to not feel like a crumb.

The problem with a life of petty crime is that it’s addictive. I remember talking to a lady who had a job running a halfway house for women who had just been released from prison. She was supposed to get them entry-level jobs in fast food restaurants. They were mostly hookers who had also been drug addicts. They’d get a job at a fast food restaurant and their pimp would drive by and say “what are you doing wearing that funny hat. Get down from there and let’s go make some real money.” So that’s what they’d do. Nobody lasted at their fast food job longer than a few days.

Once you get used to easy money, it’s hard to want to turn around and play the man’s game. And that’s why…oh, what? You say somebody confessed? I’m free to go? See, I told you I wasn’t guilty. What was that videotape story all about? You say that to all the suspects. I see. Hard to tell the cops from the criminals. Everybody lies. I guess I already knew that.