It’s hard not to like Vietnam. The people are friendly and open. Most don’t speak English, but the ones who do speak well and with confidence. They’re not afraid to look you in the eye.

I’ve just returned from a day of riding a rented motor scooter around the big national park outside of town, the one that’s famous for its caves. One of the caves is called the eight woman cave. It’s called that because eight young women died inside. Such a beautiful spot for such sadness. 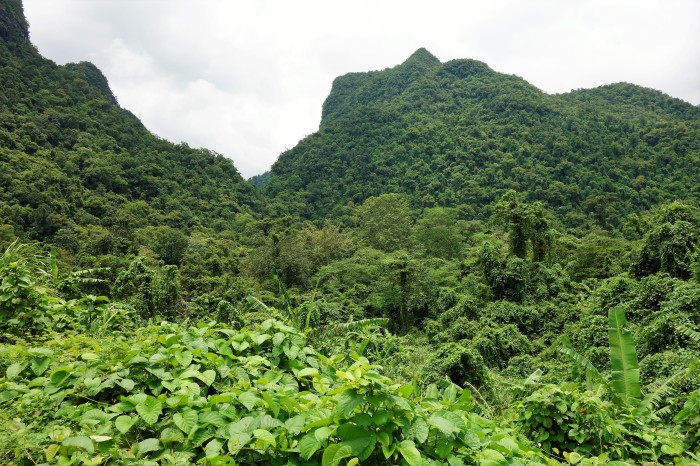 According to the People’s Army Newspaper (Quân Đội Nhân Dân) of 17 May, 2009, one day in 1972 eight young volunteers were clearing a road near Eight Lady Cave (Hang Tám Cô) when an air raid sounded. The volunteers ran into the cave. A bomb landed, lodging a 100-tonne rock across the entrance. Nine days later, people outside heard the volunteers for the last time. The war ended that year and a temple was built near the cave to honour the eight and others who died keeping the road, Road 20, open. In 1996 the Government used explosives to remove the rock and found bones and hair.

Fact is, we bombed the hell out of this whole area in the early 1970’s. We bombed the cities, railway lines, we bombed the park. Following find a picture I took yesterday near the cave. Also a photo taken from an American bomber of what was left of Dong Hoi city. It’s just bomb craters and the foundations of buildings. 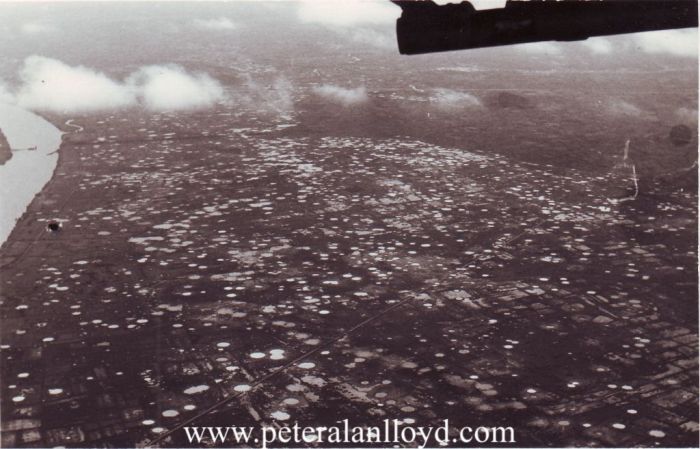 So I must admit, I didn’t sleep well last night. I tossed and turned, reminding myself that these people are too sweet to hold a grudge. When I first came to Vietnam, I was staying at a hotel in the old part of Hanoi, and I was reading a book about the war. Kissinger and Nixon had come up with a plan to convince the North Vietnamese that Nixon was crazy and so they’d better sue for peace at the negotiations table. Part of this plan was the Christmas bombing, cutely named Linebacker II, using B-52’s to carpet bomb Hanoi itself. It turns out that a bomb fell through the roof of the hospital next door, exploding in the operating room during an operation. Needless to say, not only the patient died. I put the book down and looked to my right, at the wall that separated my hotel from the  hospital. I wondered why there wasn’t an angry mob outside of my hotel, asking for my head. 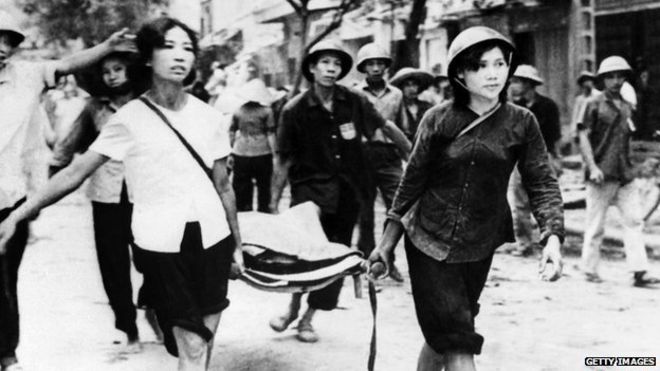 True, we didn’t carpet bomb major Vietnamese cities the way we did North Korean ones, or Japanese or German for that matter, but then we weren’t really “at war” with Vietnam. We were there as advisors, right?

I just met a woman who asked if I’d be interested in teaching English as a volunteer at her school. I said I’d like to visit her school the next time I’m back here, but that I live in Chiang Mai. I am pretty pleased to have found Dong Hoi, and it’s only the same distance and cost as the beaches we go to in Southern Thailand. I believe next smoke season in Chiang Mai (March, April) we’ll come here.

One thought on “WHY DON’T THEY HATE ME?”